Lately, shishito peppers are popping up everywhere.  From new restaurant openings to happy hours at the corner bar, I can always be found enjoying these bite-sized specialties.  I had never made shishito peppers at home until last week, but now that I have, I’m hooked!  These little guys are so easy to make in a hurry and are incredibly tasty.  We’ve used them as both a side dish and appetizer, which makes this a versatile, healthy recipe that can even be selected at the last minute.

Per usual, I’ve included each element of this recipe alongside the pictures below, but have the full instructions at the bottom of this post to easily print off for the store.

To start, let’s not talk about the condition of our pans, okay?  It will be part of our registry.  But anywho, toss around 2 tablespoons EVOO into a pan on medium-high heat until the oil is hot, but not smoking.  As this was my first time trying these out, I added a bit more oil, but I think over 2 tablespoons was unnecessary.

Wash and pat dry around three hand fulls of raw shishito peppers.  Note that I did let these age in our refrigerator a bit too long, but they were definitely still great to eat.  Don’t be too specific about the amount, but do watch that you don’t overfill the pan.  Turn the heat down to medium.

Once in the pan, get your arm muscles ready, because you’ll want to frequently toss the peppers while on the heat.  I suggest that they stay on the heat for around 15 minutes, or until they are slightly charred.  We’ve found that we prefer the peppers with more char rather than less, but you’ll notice that they’re not burned. The picture up top was taken right after I took the pan off the heat.

Once you’ve removed the peppers from the heat, add freshly ground sea salt to taste.  The salt and oil won’t completely soak in, so make sure that you toss the peppers thoroughly until they are evenly coated.

To eat, pick up by the stem and pull the pepper off separately.  Whether using as an appetizer or side dish (as we did above), I recommend having a second bowl available on the table to toss the stems.  Enjoy!

1) Heat the oil in a pan until it is hot, but not smoking.  Wash and pat dry the peppers, then add them to the pan on medium heat.

3) Salt to taste and toss the peppers to evenly coat.

4) Serve as an appetizer or side dish with a side bowl handy to place the stems.  Enjoy!

Have you ever made sauteed shishito peppers?  What are your favorite appetizers that you sometimes use as side dishes?

How to: Grill the Perfect Salmon

Welcome to Semi-Sweet Tooth! I'm Jessica, captain of the SST squad, a group of self-love & confidence gurus that believe a healthy life is a balanced life. I share actionable life hacks to help us thrive in mind, body, and spirit. Welcome to the journey! New posts will appear every Wednesday. 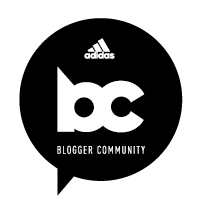 Please note that affiliate links do sometimes pop up on SST, including Amazon Affiliates. Our families greatly appreciate your support!